What is slab ??
Slabs are constructed to provide flat surfaces, usually horizontal, in building floors, roofs, bridges, and other types of structures. The slab may be supported by walls, by reinforced concrete beams usually cast monolithically with the slab, by structural steel beams, by columns, or by the ground. 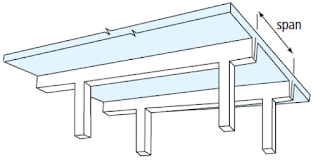 One way slab is a slab which is supported by beams on the two opposite sides to carry the load along one direction. The ratio of longer span (l) to shorter span (b) is equal or greater than 2, considered as One way slab because this slab will bend in one direction i.e in the direction along its shorter span.
Due to the huge difference in lengths, load is not transferred to the shorter beams. Main reinforcement is provided in shorter span and distribution reinforcement in longer span. Example: Generally all the Cantilevr slabs are one Way slab. Chajjas and verandahs are an practical example of one way slab. 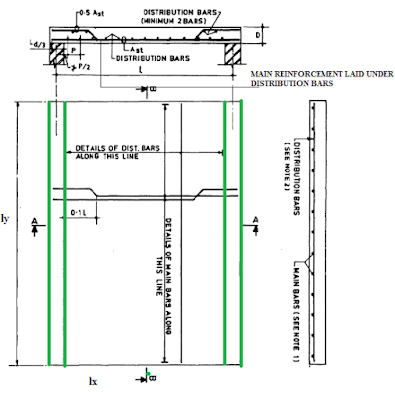 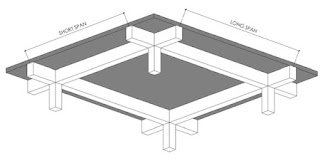 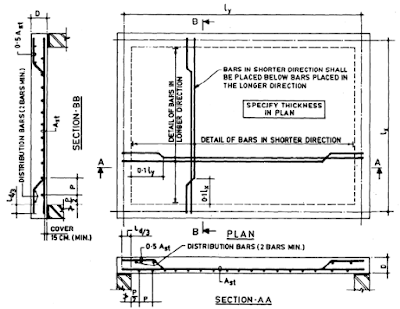 Difference between One way and Two way Slab :