The Pritzker Architecture Prize was founded by Jay A. Pritzker and his wife, Cindy, in 1979 to “honor a living architect or architects whose built work demonstrates a combination of those qualities of talent, vision, and commitment, which has produced consistent and significant contributions to humanity and the built environment through the art of architecture.” The award, sponsored by the Hyatt Foundation and funded by the Pritzker family, is an annual grant of US$100,000, a citation certificate and a bronze medallion. In 2016, the Chilean architect Alejandro Aravena was awarded the prize.

The Executive Director Martha Thorne solicits nominations from a range of people, including past Laureates, academics, critics and others. In addition, any licensed applicant may submit an application for the award before the 1st of November every year. The independent jury of experts comprising of five to nine members are “recognized professionals in their own fields of architecture, business, education, publishing, and culture.”

2. The Aga Khan Award for Architecture

The Aga Khan Award for Architecture (AKAA), established by Aga Khan IV in 1977, is awarded every three years to an architectural project that meets the needs and preferences of Islamic societies. The Award seeks to identify and encourage architectural concepts in the fields of community development, area conservation, contemporary design, preservation of the environment and landscape design. AKAA gives a monetary prize with a total value of US$ 1 million multiple projects, teams, and stakeholders.

The Gold Medal is the highest annual honor awarded by the American Institute of Architects. It acknowledges an individual whose significant body of work has a lasting influence on architecture. Considered one of the most prestigious awards in the architecture world, the Gold Medal has been received by well renowned architects such as Frank Lloyd Wright, Frank Gehry, Julia Morgan, and Moshe Safdie. 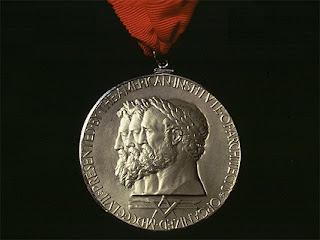 The RIBA International Award is awarded by the Royal Institute of British Architects to buildings across the UK and around the world. The Award has been given annually over the last 50 years to people who achieved innovations in architecture, regardless of the form, size or budget. The RIBA International Award rewards “the excellent work being done by RIBA members around the world”.

Since 1984 the organization also awards the UIA Gold Medal to honor an architect (or group of architects) having distinguished themselves through their work and professional practice by the quality of services rendered to man and society. 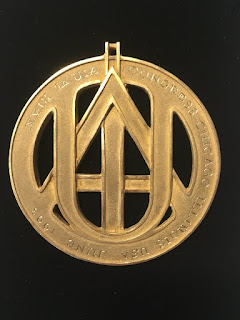 The UIA Gold Medal is awarded every three years and its winner honored during an official ceremony at the UIA world congress of architecture. In creating this distinction in 1984, the UIA Council hoped to invest it with the same prestige as the Nobel Prize in the areas of art, science, and peace. It is awarded to a living architect as a tribute to his/her achievements and the contributions made throughout his/her life and career to mankind, society, and the promotion of the art of architecture.