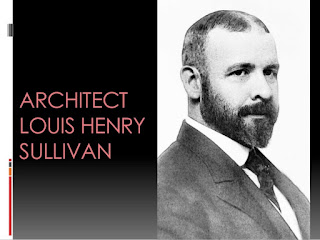 Louis Henry Sullivan (September 3, 1856 – April 14, 1924) was an American architect, and has been called the "father of skyscrapers" and "father of modernism". He is considered by many as the creator of the modern skyscraper, was an influential architect and critic of the Chicago School, was a mentor to Frank Lloyd Wright, and an inspiration to the Chicago group of architects who have come to be known as the Prairie School.
Along with Wright and Henry Hobson Richardson, Sullivan is one of "the recognized trinity of American architecture". The phrase "Form follows function" is attributed to him, although he credited the origin of the concept to an ancient architect whose origins were allegedly Italian. In 1944, Sullivan was the second architect to posthumously receive the AIA Gold Medal. 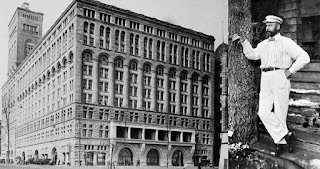 Sullivan was born to a Swiss-born mother, nee Andrienne List (who had emigrated to Boston from Geneva with her parents and two siblings, Jenny, b. 1836, and Jules, b. 1841) and an Irish-born father, Patrick Sullivan. Both had immigrated to the United States in the late 1840s. He learned that he could both graduate from high school a year early and bypass the first two years at the Massachusetts Institute of Technology by passing a series of examinations. Entering MIT at the age of sixteen, Sullivan studied architecture there briefly. After one year of study, he moved to Philadelphia and took a job with architect Frank Furness. 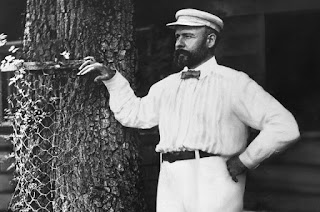 The Depression of 1873 dried up much of Furness's work, and he was forced to let Sullivan go. Sullivan moved to Chicago in 1873 to take part in the building boom following the Great Chicago Fire of 1871. He worked for William LeBaron Jenney, the architect often credited with erecting the first steel frame building.
After less than a year with Jenney, Sullivan moved to Paris and studied at the École des Beaux-Arts for a year. He returned to Chicago and began work for the firm of Joseph S. Johnston & John Edelman as a draftsman. Johnston & Edleman were commissioned for the design of the Moody Tabernacle, and had the interior decorative fresco secco stencils (stencil technique applied on dry plaster) designed by Sullivan. In 1879 Dankmar Adler hired Sullivan. A year later, Sullivan became a partner in that firm. This marked the beginning of Sullivan's most productive years. 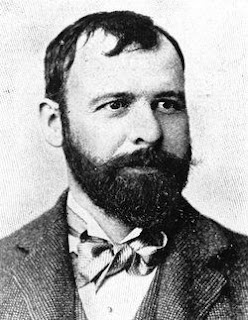