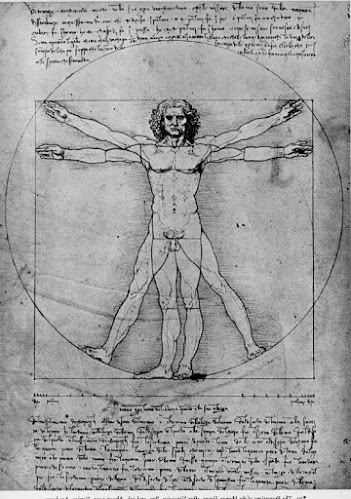 Anthropometry refers to the measurement of the size and proportions of the human body. While the architects of the Renaissance saw the proportions of the human figure as a reaffirmation that certain mathematical ratios reflected the harmony of their universe, anthropometric proportioning methods seek not abstract or symbolic ratios, but functional ones. They are predicated on the theory that forms and spaces in architecture are either containers or extensions of the human body and should therefore be determined by its dimensions. The difficulty with anthropometric proportioning is the nature of the data required for its use. For example, the dimensions given here in millimeters are average measurements and are merely guidelines that should be modified to satisfy specific user needs. Average dimensions must always be treated with caution since variations from the norm will always exist due to the difference between men and women, among various age and racial groups, even from one individual to the next.

The dimensions and proportions of the human body affect the proportion of things we handle, the height and distance of things we try to reach, and the dimensions of the furnishings we use for sitting, working, eating, and sleeping. There is a difference between our structural dimensions and those dimensional requirements that result from how we reach for something on a shelf, sit down at a table, walk down a set of stairs, or interact with other people. These are functional dimensions and will vary according to the nature of the activity engaged in and the social situation. A special field that has developed from a concern with human factors is ergonomics the applied science that coordinates the design of devices, systems, and environments with our physiological and psychological capacities and requirements. In addition to the elements that we use in a building, the dimensions of the human body also affect the volume of space we require for movement, activity, and rest. The fit between the form and dimensions of a space and our own body dimensions can be a static one as when we sit in a chair, lean against a railing, or nestle within an alcove space. There can also be a dynamic fit as when we enter a building’s foyer, walk up a stairway, or move through the rooms and halls of a building. A third type of fit is how a space accommodates our need to maintain appropriate social distances and to have control over our personal space.

While proportion pertains to an ordered set of mathematical relationships among the dimensions of a form or space, scale refers to how we perceive or judge the size of something in relation to something else. In dealing with the issue of scale, therefore, we are always comparing one thing to another. The entity an object or space is being compared to may be an accepted unit or standard of measurement. For example, we can say that a table is, according to the U.S. Customary System, 3 feet wide, 6 feet long, and 29 inches high. Using the International Metric System, the same table would measure 914 mm wide, 1829 mm long, and 737 mm high. The physical dimensions of the table have not changed, just the system used to calculate its size. In drawing, we use a scale to specify the ratio that determines the relationship between an illustration to that which it represents. For example, the scale of an architectural drawing notes the size of a depicted building in comparison to the real thing.

Visual Scale :
Of particular interest to designers is the notion of visual scale, which refers not to the actual dimensions of things, but rather to how small or large something appears to be in relation to its normal size or to the size of other things in its context. When we say something is small-scale or miniature, we usually mean that thing appears to be smaller than its usual size. Likewise, something that is large-scale is perceived as being larger than what is normal or expected. We speak of urban scale when we refer to the size of a project in the context of a city, or neighborhood scale when we judge a building appropriate to its locale within a city, or street scale when we note the relative sizes of elements fronting a roadway. At the scale of a building, all elements, no matter how plain or unimportant they may be, have a certain size. Its dimensions may be predetermined by the manufacturer, or they may be selected by the designer from a range of choices. Nevertheless, we perceive the size of each element in relation to other parts or to the whole of a composition. For example, the size and proportion of windows in a building facade are visually related to one another as well as to the spaces between them and the overall dimensions of the facade. If the windows are all of the same size and shape, they establish a scale relative to the size of the facade. If, however, one of the windows is larger than the others, it would create another scale within the composition of the facade. The jump in scale could indicate the size or significance of the space behind the window, or it could alter our perception of the size of the other windows or the overall dimensions of the facade.
Human Scale :
Human scale in architecture is based on the dimensions and proportions of the human body. It has already been mentioned in the section on anthropometric proportioning that our dimensions vary from individual to individual and should not be used as an absolute measuring device. We can, however, gauge a space whose width is such that we can reach out and touch its walls. Similarly, we can judge its height if we can reach up and touch the ceiling plane overhead. Once we can no longer do these things, we must rely on visual rather than tactile clues to give us a sense of the scale of a space. For these clues, we can use elements that have human meaning and whose dimensions are related to the dimensions of our posture, pace, reach, or grasp. Such elements as a table or chair, the risers and treads of a stairway, the sill of a window, and the lintel over a doorway, not only help us judge the size of a space but also give it a human scale.
A Scaler Comparison :
On these the architectural structures from various historic periods and places drawn to the same or similar scale. Our perception of how big something or someplace is always relative to its context and to the size of what we are familar with, such as the length of a Boeing 747 airliner.
REFERENCE :
FRANCIS D.K. CHING (Form Space Order)
Posted by Akash Bondar at 6:02 PM