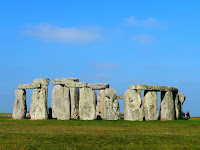 Many fine examples of well-preserved prehistoric architecture are found in southern England. Stonehenge in Amesbury, United Kingdom is a well-known example of the prehistoric stone circle. Nearby Silbury Hill, also in Wiltshire, is the largest man-made, prehistoric earthen mound in Europe. At 30 meters high and 160 meters wide, the gravel mound is layers of soil, mud, and grass, with dug pits and tunnels of chalk and clay.
Completed in the late Neolithic period, approximately 2,400 BC, its architects were a Neolithic civilization in Britain.

In ancient Egypt, powerful rulers constructed monumental pyramids, temples, and shrines. Far from primitive, enormous structures such as the Pyramids of Giza were feats of engineering capable of reaching great heights. Scholars have delineated the periods of history in ancient Egypt.
Wood was not widely available in the arid Egyptian landscape. Houses in ancient Egypt were made with blocks of sun-baked mud. 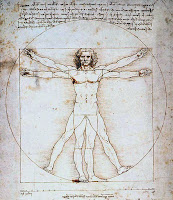 Classical architecture refers to the style and design of buildings in ancient Greece and ancient Rome. Classical architecture shaped our approach to building in Western colonies around the world.
From the rise of ancient Greece until the fall of the Roman empire, great buildings were constructed according to precise rules. The Roman architect Marcus Vitruvius, who lived during first century B.C., believed that builders should use mathematical principles when constructing temples. "For without symmetry and proportion no temple can have a regular plan," Vitruvius wrote in his famous treatise De Architectura, or Ten Books on Architecture.
4) 527 to 565 - Byzantine: 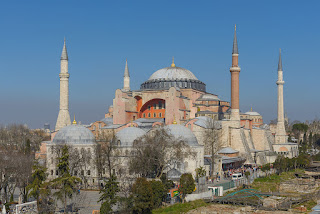 After Constantine moved the capital of the Roman empire to Byzantium (now called Istanbul in Turkey) in A.D. 330, Roman architecture evolved into a graceful, classically-inspired style that used brick instead of stone, domed roofs, elaborate mosaics, and classical forms. Emperor Justinian (527 to 565) led the way.
Eastern and Western traditions combined in the sacred buildings of the Byzantine period. Buildings were designed with a central dome that eventually rose to new heights by using engineering practices refined in the Middle East. This era of architectural history was transitional and transformational. 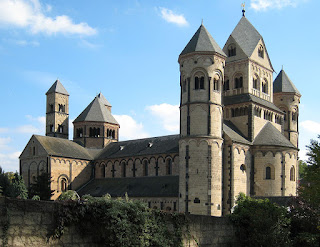 As Rome spread across Europe, heavier, stocky Romanesque architecture with rounded arches emerged. Churches and castles of the early Medieval period were constructed with thick walls and heavy piers.
Even as the Roman Empire faded, Roman ideas reached far across Europe. Built between 1070 and 1120, the Basilica of St. Sernin in Toulouse, France is a good example of this transitional architecture, with a Byzantine-domed apse and an added Gothic-like steeple. The floor plan is that of the Latin cross, Gothic-like again, with a high alter and tower at the cross intersection. Constructed of stone and brick, St. Sernin is on the pilgrimage route to Santiago de Compostela. 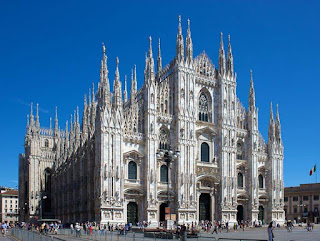 Early in the 12th century, new ways of building meant that cathedrals and other large buildings could soar to new heights. Gothic architecture became characterized by the elements that supported taller, more graceful architecture - innovations such as pointed arches, flying buttresses, and ribbed vaulting. In addition, elaborate stained glass could take the place of walls that no longer were used to support high ceilings. Gargoyles and other sculpting enabled practical and decorative functions.
Many of the world's most well-known sacred places are from this period in architectural history, including Chartres Cathedral and Paris' Notre Dame Cathedral in France and Dublin's St. Patrick's Cathedral and Adare Friary in Ireland. 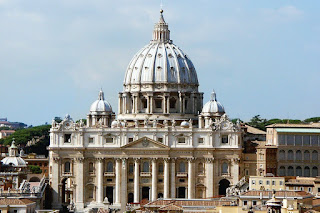 A return to Classical ideas ushered an "age of awakening" in Italy, France, and England. During the Renaissance era architects and builders were inspired by the carefully proportioned buildings of ancient Greece and Rome. Italian Renaissance master Andrea Palladio helped awaken a passion for classical architecture when he designed beautiful, highly symmetrical villas such as Villa Rotonda near Venice, Italy.
More than 1,500 years after the Roman architect Vitruvius wrote his important book, the Renaissance architect Giacomo da Vignola outlined Vitruvius's ideas. Published in 1563, Vignola's The Five Orders of Architecture became a guide for builders throughout western Europe. In 1570 Andrea Palladio used the new technology of movable type to publish I Quattro Libri dell' Architettura, or The Four Books of Architecture. In this book, Palladio showed how Classical rules could be used not just for grand temples but also for private villas. 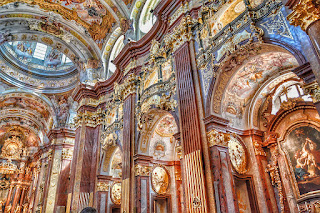 Early in the 1600s, an elaborate new architectural style lavished buildings. What became known as Baroque was characterized by complex shapes, extravagant ornaments, opulent paintings, and bold contrasts.
In Italy, the Baroque style is reflected in opulent and dramatic churches with irregular shapes and extravagant ornamentation. In France, the highly ornamented Baroque style combines with Classical restraint. Russian aristocrats were impressed by the Palace of Versailles, France and incorporated Baroque ideas in the building of St. Petersburg. Elements of the elaborate Baroque style are found throughout Europe.