Building first evolved out of the dynamics between needs (shelter, security, worship,) and means (available building materials and attendant skills). As human cultures developed and knowledge began to be formalized through oral traditions and practices, building became a craft, and "architecture" is the name given to the most highly formalized and respected versions of that craft. It is widely assumed that architectural success was the product of a process of trial and error, with progressively less trial and more replication as the results of the process proved increasingly satisfactory.

What is termed vernacular architecture continues to be produced in many parts of the world. Indeed, vernacular buildings make up most of the built world that people experience every day. Early human settlements were mostly rural. Due to a surplus in production, the economy began to expand resulting in urbanization, thus creating urban areas which grew and evolved very rapidly in some cases, such as that of Catal Hoyuk in Anatolia and Mohenjo Daro of the Indus Valley Civilization in modern-day Pakistan. 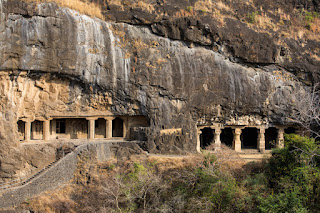 Types of Architecture:
1.Ancient Architecture:
In many ancient civilizations such as those of Egypt and Mesopotamia, architecture and urbanism reflected the constant engagement with the divine and the supernatural, and many ancient cultures resorted to monumentality in architecture to represent symbolically the political power of the ruler, the ruling elite, or the state itself.
The architecture and urbanism of the Classical civilizations such as the Greek and the Roman evolved from civic ideals rather than religious or empirical ones and new building types emerged. Architectural "style" developed in the form of the Classical orders. Roman architecture was influenced by Greek architecture as they incorporated many Greek elements into their building practices.

2.Asian Architecture:
Early Asian writings on architecture include the Kao Gong Ji of China from the 7th–5th centuries BCE; the Shilpa Shastras of ancient India; Manjusri Vasthu Vidya Sastra of Sri Lanka and Araniko of Nepal.
The architecture of different parts of Asia developed along different lines from that of Europe; Buddhist, Hindu and Sikh architecture each having different characteristics.
Buddhist architecture, in particular, showed great regional diversity.
Hindu temple architecture, which developed around the 3rd century BCE, is governed by concepts laid down in the Shastras, and is concerned with expressing the macrocosm and the microcosm.
In many Asian countries, pantheistic religion led to architectural forms that were designed specifically to enhance the natural landscape.

3.Islamic Architecture:
Islamic architecture began in the 7th century CE, incorporating architectural forms from the ancient Middle East and Byzantium, but also developing features to suit the religious and social needs of the society. Examples can be found throughout the Middle East, North Africa, Spain and the Indian Sub-continent.

4.Middle ages:
In Europe during the Medieval period, guilds were formed by craftsmen to organize their trades and written contracts have survived, particularly in relation to ecclesiastical buildings. The role of architect was usually one with that of master mason, or Magister lathomorum as they are sometimes described in contemporary documents.
The major architectural undertakings were the buildings of abbeys and cathedrals. From about 900 CE onward, the movements of both clerics and tradesmen carried architectural knowledge across Europe, resulting in the pan-European styles Romanesque and Gothic.
Also, a significant part of the Middle Ages architectural heritage is numerous fortifications across the continent. From Balkans to Spain, and from Malta to Estonia, these buildings represent an important part of European heritage.

5.Renaissance:
In Renaissance Europe, from about 1400 onwards, there was a revival of Classical learning accompanied by the development of Renaissance humanism, which placed greater emphasis on the role of the individual in society than had been the case during the Medieval period. Buildings were ascribed to specific architects  Brunelleschi, Alberti, Michelangelo, Palladio and the cult of the individual had begun. There was still no dividing line between artist, architect and engineer, or any of the related vocations, and the appellation was often one of regional preference.
A revival of the Classical style in architecture was accompanied by a burgeoning of science and engineering, which affected the proportions and structure of buildings. At this stage, it was still possible for an artist to design a bridge as the level of structural calculations involved was within the scope of the generalist.

6.Early modern and the Industrial age:
With the emerging knowledge in scientific fields and the rise of new materials and technology, architecture and engineering began to separate, and the architect began to concentrate on aesthetics and the humanist aspects, often at the expense of technical aspects of building design. There was also the rise of the "gentleman architect" who usually dealt with wealthy clients and concentrated predominantly on visual qualities derived usually from historical prototypes, typified by the many country houses of Great Britain that were created in the Neo Gothic or Scottish baronial styles. Formal architectural training in the 19th century, for example at Ecole des Beaux-Arts in France, gave much emphasis to the production of beautiful drawings and little to context and feasibility.
Meanwhile, the Industrial Revolution laid open the door for mass production and consumption. Aesthetics became a criterion for the middle class as ornamented products, once within the province of expensive craftsmanship, became cheaper under machine production.

7.Modernism:
Around the beginning of the 20th century, general dissatisfaction with the emphasis on revivalist architecture and elaborate decoration gave rise to many new lines of thought that served as precursors to Modern architecture. Notable among these is the Deutscher Werkbund, formed in 1907 to produce better quality machine-made objects. The rise of the profession of industrial design is usually placed here. Following this lead, the Bauhaus school, founded in Weimar, Germany in 1919, redefined the architectural bounds prior set throughout history, viewing the creation of a building as the ultimate synthesis the apex of art, craft, and technology.
When modern architecture was first practised, it was an avant-garde movement with moral, philosophical, and aesthetic underpinnings. Immediately after World War I, pioneering modernist architects sought to develop a completely new style appropriate for a new post-war social and economic order, focused on meeting the needs of the middle and working classes. They rejected the architectural practice of the academic refinement of historical styles which served the rapidly declining aristocratic order.

8.Postmodernism:
Many architects resisted modernism, finding it devoid of the decorative richness of historical styles. As the first generation of modernists began to die after World War II, the second generation of architects including Paul Rudolph, Marcel Breuer, and Eero Saarinen tried to expand the aesthetics of modernism with Brutalism, buildings with expressive sculptural facades made of unfinished concrete. But an even new younger postwar generation critiqued modernism and Brutalism for being too austere, standardized, monotone, and not taking into account the richness of human experience offered in historical buildings across time and in different places and cultures.
One such reaction to the cold aesthetic of modernism and Brutalism is the school of metaphoric architecture, which includes such things as biomorphism and zoomorphic architecture, both using nature as the primary source of inspiration and design. While it is considered by some to be merely an aspect of postmodernism, others consider it to be a school in its own right and a later development of expressionist architecture.

9.Architecture today:
(Contemporary architecture)
Since the 1980s, as the complexity of buildings began to increase (in terms of structural systems, services, energy and technologies), the field of architecture became multi-disciplinary with specializations for each project type, technological expertise or project delivery methods. Moreover, there has been an increased separation of the 'design' architect from the 'project' architect who ensures that the project meets the required standards and deals with matters of liability. The preparatory processes for the design of any large building have become increasingly complicated, and require preliminary studies of such matters as durability, sustainability, quality, money, and compliance with local laws. A large structure can no longer be the design of one person but must be the work of many. Modernism and Postmodernism have been criticised by some members of the architectural profession who feel that successful architecture is not a personal, philosophical, or aesthetic pursuit by individualists; rather it has to consider everyday needs of people and use technology to create liveable environments, with the design process being informed by studies of behavioral, environmental, and social sciences.
Environmental sustainability has become a mainstream issue, with a profound effect on the architectural profession. Many developers, those who support the financing of buildings, have become educated to encourage the facilitation of environmentally sustainable design, rather than solutions based primarily on immediate cost. 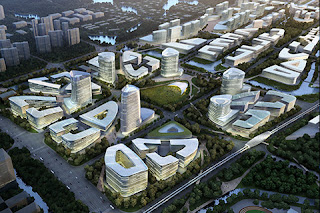